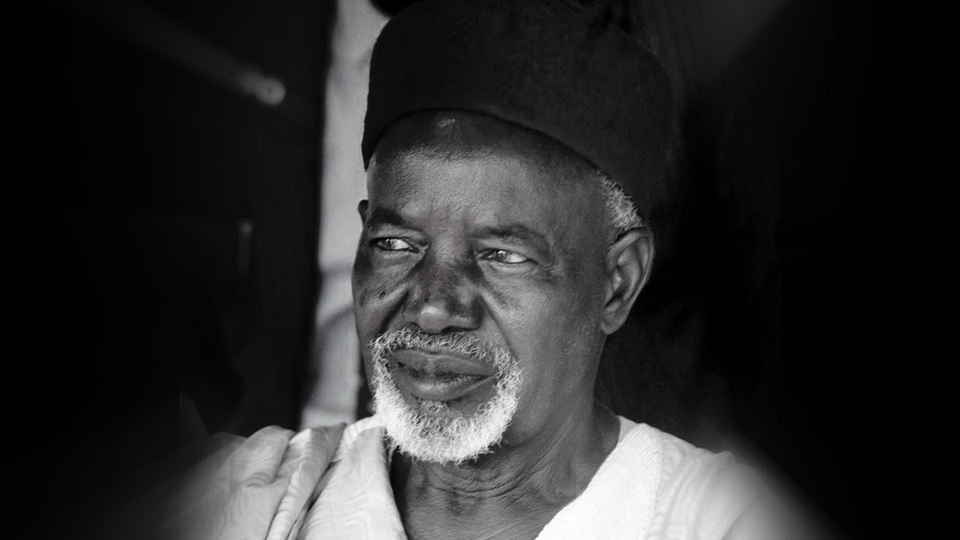 bdulkadir Balarabe Musa (born 21 August 1936) is a left-wing Nigerian politician who was elected Governor of Kaduna State, Nigeria during the Nigerian Second Republic, holding office from October 1979 until he was impeached on 23 June 1981. During the Nigerian Fourth Republic he was leader of the Conference of Nigerian Political Parties (CNPP), a coalition of opposition parties.

Musa was elected governor of Kaduna State in 1979 on the platform of the People’s Redemption Party (PRP), a party founded by Mallam Aminu Kano. The dominant National Party of Nigeria (NPN) challenged his election unsuccessfully. His party was initially a member of the PPP alliance in opposition to the NPN, but later quietly withdrew. As Governor he was stalemated by the Kaduna state house of assembly, which was dominated by NPN members. He was unable to form a cabinet since he refused to nominate NPN members and the House refused to ratify his candidates. Eventually the House impeached him in June 1981, making him the first Nigerian state governor ever to be impeached.
A Marxist, when the Kaduna Polo Club sent Musa an invitation to join along with a mallet he refused the invitation and gave the mallet to a servant, saying “I don’t play polo … It is the game of the rich and powerful, of neo-colonialists”. Musa later said he was impeached because he planned to have the state open small- and medium-sized industries, and this would deny the NPN members the opportunity of establishing their own enterprises. He did initiate some state-owned companies, but they were unprofitable and all were eventually closed down.

Musa continued to be active in politics. He was the PRP candidate for the presidency in the April 2003 elections, selected in February 2003. However, without even enough money to buy posters he was not successful. In May 2003, the Inspector-General of Police Tafa Balogun refused a permit to the Conference of Nigerian Political Parties (CNPP), to hold a rally in Kano. As Chairman of the coalition, Musa said he refused to be intimidated, and the CNPP had other ways to achieve their objectives. Speaking as CNPP chairman in February 2004, Musa described President Olusegun Obasanjo’s policies as “phantom and mirage”, doing nothing for the people and serving only to enrich politicians and government officials. In the 2007 elections, the CNPP backed Muhammadu Buhari as a credible alternative to the PDP candidate Umaru Yar’Adua. In February 2009 Musa said “Capitalism is returning us to the era of slavery. The solution to the current crisis is the abolition of greediness and antagonistic competition in our economic systems”.
Musa spoke at a public lecture and reception in January 2009 in honour of former Oyo State governor Lam Adesina. He said that electoral rigging had to be stopped, and said “we need a revolution in Nigeria to have a positive change in the political system”. In November 2009 Musa said that Nigeria’s economic system was based on narrow self-interest, with a disabling level of corruption, theft and waste of public resources. He expressed concern that the state might fail, as had happened in Somalia, but said this was unlikely since the USA would act to prevent it due to the strategic importance of Nigeria.
In an interview in April 2010, Musa said the electoral system was rigged to favour those with money. He was sceptical about whether implementing the recommendations of the Uwais committee, such as removing state electoral commissions and having all elections run by the Independent National Electoral Commission, would have any positive effect. However, he was cautiously optimistic that Labour could put up a credible showing against the People’s Democratic Party (PDP) in the 2011 elections through alliances with other parties such as Action Congress. The same month, former Vice-President Atiku Abubakar said that Musa had obstructed formation of a mega opposition alliance because he did not want to lose the identity of his PRP in the larger group.

lhaji Balarabe Musa’s Progressives and Democratic Development in Nigeria since the 1950s lucidly embarks upon an historical excursion into the travails of Nigeria with regards to democratic experiments. Highlighting such attributes as citizens’ assured economic rights; popular, free and fair elections; institutionalization of and respect for rule of law; the supervisory obligation of the public over the organs of state; and freedom of press, speech and expression of all forms; he provides a conceptual foundation for his interrogation of democracy as an ideal political culture and a benchmark for a normal social system. Balarabe Musa’s lecture was very timely. For, in March 1999 when the lecture was given, Nigeria was just about getting out of the shackles of the military. It was a period of transition to civilian democracy after almost two decades of military despotism. This is not all; for this particular period was the most turbulent among the other phases of Nigeria’s forced submergence by military might. The nation was just at a precipice, almost consumed by the predictable darkness of a civil war as a result of General Ibrahim Babangida’s annulment of the presidential elections of 12th June, 1993.

Being a democrat of note, Alhaji Musa maintains a prescriptive stance on democracy with regards to Nigeria. At that crucial moment, democracy, indeed, was the last hope for Nigeria to remain as a united nation. According to Alhaji Musa, the progressives have a role to play in this emerging democratic dispensation. In fact, they are the ideal flag bearers of the democratic ethos in governance for the assurance of the principles of justice, equality and rule of law. Casting a panoramic view on progressive politics in the last decade of colonial Nigeria and the early 1960s, the civil war and its aftermath, Alhaji Musa proposes such conditions as national unity, sustainable economic growth in which both the state and the public sector will play substantial roles, public accountability, life-centered ecological and environmental management, integration of corrective mechanism in the body politic, humanization of the working, farming and youth populations, promotion of African unity and a consistent fight against imperialism and neo-colonialism as a combined panacea to the Nigerian post-colonial problem.