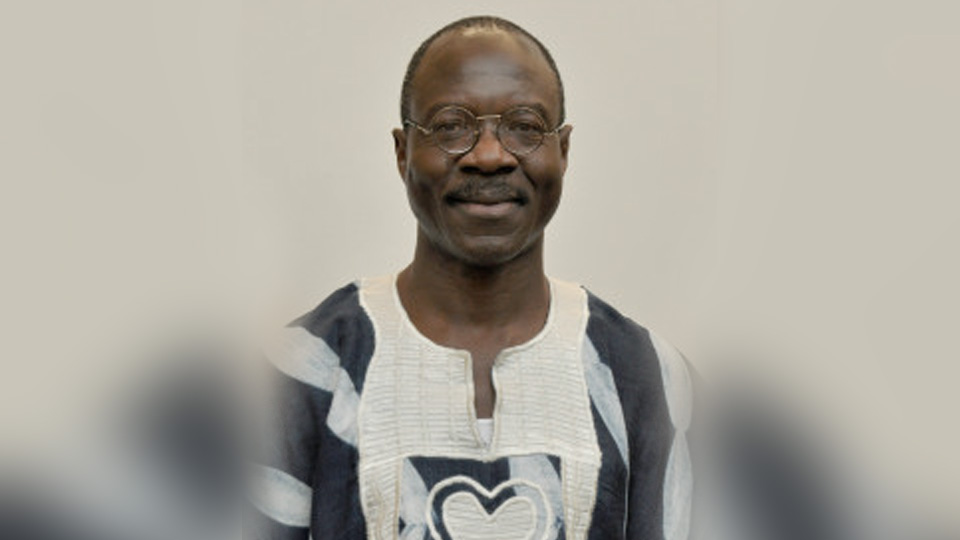 was born and raised in Ibadan, Nigeria. I attended Ibadan Grammar School, Ibadan. It remains one of my cherished aims, if I live long enough, to write about growing up in this great city the greatness of which is often unacknowledged by many who have direct experience of it. I earned undergraduate and graduate degrees from the University of Ife (now Obafemi Awolowo University), Ile-Ife, Nigeria, and graduate degrees from the University of Toronto, Toronto, Canada.

I taught at the Obafemi Awolowo University until 1990. I moved to the United States of America in 1990. First, I served as a Rockefeller Postdoctoral Fellow at the Africana Studies and Research Center, Cornell University in 1990/1991. I moved to Loyola University, Chicago, where I taught from 1991 till 2001. Since 2001, I have been a Professor of Philosophy and Global African Studies and Director of the Global African Studies Program at Seattle University, Seattle.

Over the course of my career, I have served as a Staff Development Fellow, under the Canada-Nigeria Linkage Programme in Women’s Studies, at the Institute for the Study of Women, Mount Saint Vincent University, and the Centre for International Studies, Dalhousie University, both in Halifax, Nova Scotia, Canada from 1988 to 1989; Visiting Distinguished Minority Scholar at the University of Wisconsin at Eau Claire, Eau Claire, Wisconsin, U.S.A., November 1997; Visiting Professor at the Institut für Afrikastudien, Universität Bayreuth, Bayreuth, Germany, 1999; a Ford Foundation Visiting Postdoctoral Research and Teaching Fellow at the Carter G. Woodson Institute for Afro-American and African Studies, University of Virginia, Charlottesville, Virginia, 2000-2001; Visiting Professor of Philosophy, Ewha Womans University, Seoul, South Korea; and Visiting Professor of Philosophy, the University of the West Indies, Mona, Kingston, Jamaica, 2009 and 2010.

Among other awards, I have been the recipient of a Getty Foundation Grant for a collaborative project on Yorùbá Art and Aesthetics; a Henry Phillips Grant from the American Philosophical Society for work on Jurisprudence; Rockefeller Postdoctoral Fellowship; Ford Foundation Postdoctoral Fellowship; and a Staff Development Fellowship awarded by the Canadian International Development Agency (CIDA), at various times in my career.

I am one of the founders of the International Society for African Philosophy and Studies (ISAPS). He also helped found and serve as joint editor for the electronic journal, West Africa Review [www.africaknowledgeproject.com].

I served on the Committee for International Cooperation of the American Philosophical Association from 1993 to 1996 and was the founding editor of the APA Newsletter on Philosophy and International Cooperation. I organized, on behalf of the American Philosophical Association, the Fulbright 50th Anniversary Distinguished Fellow Lecture as part of the Fulbright 50th Anniversary Distinguished Fellows’ Program in April 1996.

The following excerpt captures best who I am beyond the professional portrait in the preceding section:

“I was born in Nigeria. I lived there all my save for the five unbroken years that I sojourned in Canada in search of the proverbial Golden Fleece. By itself, my living in Nigeria does not warrant comment. But the discovery that I speak of put that life in a completely different light; hence these remarks. All my life in Nigeria, I lived as a Yorùbá, a Nigerian, an African, and a human being. I occupied, by turns, several different roles. I was a hugely successful Boy Scout. I was a well-read African cultural nationalist. I was a member of the Nigerian province of the worldwide communion of the Church of England who remains completely enamored of the well-crafted sermon and of church music, often given to impromptu chanting from memory of whole psalms, the Te Deum or the Nunc Dimittis. I was a student leader of national repute. I was an aspiring revolutionary who once entertained visions of life as a guerilla in the bush. I was a frustrated journalist who, to his eternal regret, could not resist the call of the teaching profession. I was an ardent football player of limited talent. I was a budding spiritualist who has since stopped professing faith. Overall, I always believed that I was put on Earth for the twin purposes of raising hell for and catching it from those who would dare shame humanity through either ignorance or injustice or poverty.”

[Culled from “This Prison Called My Skin: On Being Black in America” in Percy C. Hintzen and Jean Muteba Rahier, eds., Problematizing Blackness: Self-Ethnographies by Black Immigrants to the United States (New York: Routledge, 2003)]
Courtesy: http://olufemitaiwo.com

n 2002, Professor Olufemi Taiwo delivered the first ever Wole Soyinka Annual Lecture to be hosted outside of the shores of Nigeria. This took place in London. The lecture titled: Of Intellectuals, Politics and Public Policy-Making in Nigeria was a highly critical treatise. It was an indictment on the Nigerian intellectual elites who have historically misrepresented that class of citizens in politics and public policy-making. Two premises are outlined for embarking upon this thematic excursion. The first premise is descriptive of the roles, which, intellectuals have played in the past, are playing in the present, will play in the future. It explores the potentials of the intellectual elite class for the nation’s development in all spheres. The second premise, quite judicative, examines the performance of intellectuals and their historical failure in Nigeria. In his definition, the intellectual occupies an ivory tower “above the people, isolated from society and his thoughts and concerns may not always coincide with those of his fellow citizens even though their safety and security is his primary concern”. He also, pragmatically exercises self-discipline denying himself of the pleasures that the citizens, to whose protection he is dedicated, enjoy. The life of a true intellectual, then, is expected to be a life of thorough self-sacrifice.

Intellectuals are domiciled mostly in colleges and universities and are scattered in all professions that require deep intellect – they bestride “all levels of the education system, in the various ideological institutions of the Nigerian polity—media houses, religious orders, the arts, and so on”. Whenever an intellectual finds himself in government, he has been called upon to apply his knowledge in restoring order in society. He is believed to be the last resort in proffering solutions to the problems that mostly originated from our legacy of colonialism and its multi-dimensional indices of class inequality, underdevelopment, perennial mass poverty, the destruction and relegation of indigenous values to the background by foreign junk cultures, the problem of environmental degradation, interminable political crises, economic growth and cultural progress. These are exigent domains of social development towards which the true intellectual is expected to channel his energy. Compounding this critical situation for the community is indeed counter-productive; it is defeatist of the intellectuals’ fundamental purpose in government. A real intellectual must be a liberal-minded individual who is ever ready to remain a role model to the multitude. He must join hands with like minds to fight forces working against the enthronement of an egalitarian society.