6th Wole Soyinka Lecture: The Question of Democracy in a Development Economy by Professor Eskor Toyo 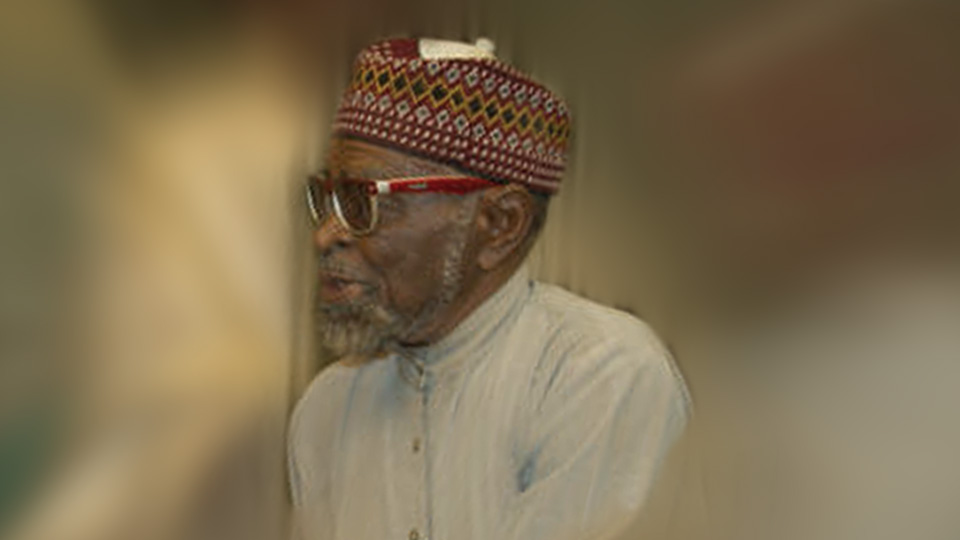 Born in Oron on the Cross River estuary in 1929, Eskor Toyo had his early education in Oron, Lagos and Calabar. He passed the Cambridge School Certificate in 1945 in Grade one and was exempted from London University matriculation. He also passed the Higher School Certificate (Cambridge). He received a Diploma in Public Administration and B.Sc. in Economics from the University of London. He later obtained a Postgraduate Diploma in National Economic Planning, M.Sc. in Economics and Ph.D. in Economics in Poland. Professor Toyo’s educational career was marked with distinction. He was the first to earn a First Class in Postgraduate Diploma in National Economic Planning. He obtained his M.Sc. degree with distinction and his Ph.D. Cum Laude (with praise).

His doctoral thesis entitled “Macroeconomic Analysis in Marx and Keynes” was published in 1977 by the Polish Scientific publishers on the recommendations of the Universities in Poland. It was republished in Russian. Eskor Toyo had had varied experiences in public and private sectors. For brief periods he held the positions of Planning Manager and Labour and Staff Manager in Lever Brothers (Nigeria), and Manager, Supply and Distribution for Esso West Africa. He has taught courses in sociology, economics, political science and history of ideas in Europe and Nigeria. He also headed the Department of Economics in the University of Maiduguri and Calabar at different times.

Eskor Toyo has written copiously on economics and society in learned journals, books and other periodicals. He has presented papers in large number of conferences in many countries and has delivered many distinguished lectures. He was Vice President of the Nigerian Economic Society (NES), consultant on economic issues to the Nigerian Institute of Social and Economic Research (NISER), the Central Bank of Nigeria (CBN) and the Government of Ghana. He has been, for nearly two decades, a National Trustee of the Academic Staff Union of University (ASUU).

rofessor Eskor Toyo’s discourse on The Question of Democracy in a Development Economy was presented at the 6th Wole Soyinka Lecture Series held in the serene city of Calabar in 2003. The topic was a modified version of the original topic that Professor Toyo was invited to speak on; Sustenance of Democracy in a Developing Economy: The Nigerian Experience.” In his opening statements he stated that the topic was modified because of what he described as the “scientific necessity for the advancement of knowledge.”

In Professor Toyo’s treatise, he argues that genuine democracy can only be attainable within the context of Socialism. He condemns the predatory character of capitalist society and its operators as antithetical to true democracy because of its inherent contradictions in class and social relations, as well as, inequalities in the relations of production. To achieve true democracy he calls for a socialist revolution and argues that in fact, Nigeria requires such a revolution to be able to install genuine democracy. For him, the Paris Commune model is the purest form of socialist democracy and the search for genuine democracy must mirror the message put forward by the Paris Commune.

In Professor Toyo’s cosmology, coup d’etat and military overthrow of governments is not the right path towards genuine democracy. He sees military adventures as no better than vultures ready to continue feeding fat on the carcass of a dead nation. Although, he posits that in Nigeria, the military have been right to challenge the gang of kleptocrats who advertise themselves as democrats, the military has also failed in isolating itself from the culture of official thievery, thereby losing the moral argument as interventionists to save democracy.

Professor Toyo calls on freedom lovers in developing countries to think fast and independently, in order to cause the emergence of a popular movement that is revolutionary without any equivocation for the sole objectives of overthrowing the rabid capitalist class from power, stopping them from legitimizing their plutocracy and enthroning socialism.