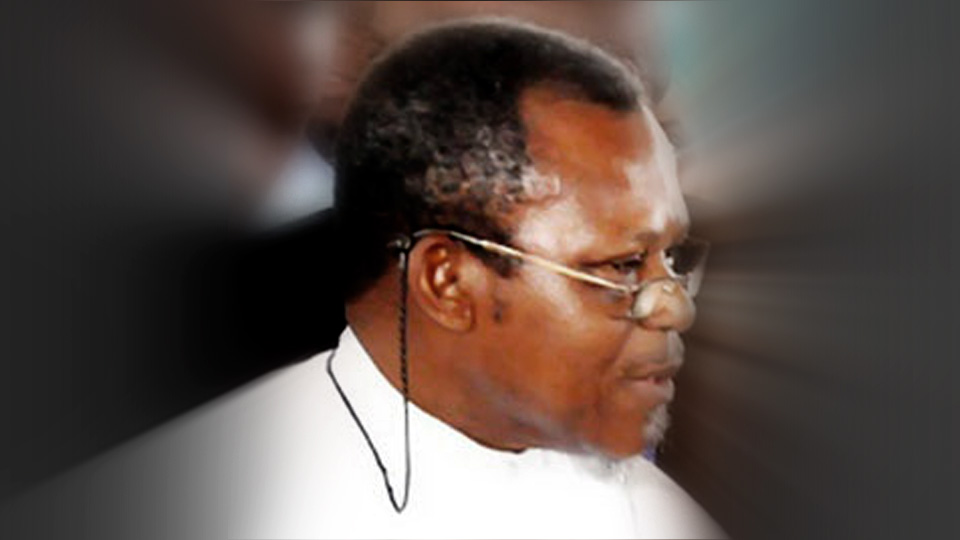 ear Admiral (retired) Ndubuisi Godwin Kanu was appointed military governor of Imo State, Nigeria in March 1976 during the military regime of General Olusegun Obasanjo. He was the first governor after the decree that established the state from part of the old East Central State. He was transferred to become governor of Lagos State in 1977, leaving office in July 1978.

Ndubuisi Kanu was born in Abia State in 1943 of Igbo origin. Joining the navy, he went to India for cadet training. His naval career included positions in Personnel, Logistics and Training. He obtained honorary Doctorate Degrees from the Imo State University and the Federal University of Technology, Owerri.
In July 1975 as a lieutenant commander he was appointed a member of Murtala Muhammed’s ruling Cabinet, the Supreme Military Council. Appointed governor of Imo State in March 1976, he brought in town planners to prepare a plan for Owerri. Kanu built roads in Owerri metropolis, expanded that number of Local Government Areas to 21 and founded the Imo Broadcasting Service, which went on air in December 1976. He later became Rear Admiral and Naval chief.

After he retired he joined the pro-democracy movement and played a leading role in the agitation for the actualization of the annulled June 12, 1993 presidential election. He founded and is Chairman of RANGK LTD, a maritime consultancy, is Chairman of the Ohaneze Transition Caretaker Committee (OTC). and was Director of Fidelity Bank PLC. Kanu became a top National Democratic Coalition (NADECO) chieftain and became Chairman of the coalition in 2013.
In May 2008, Kanu called for a return to true federalism in Nigeria. In an interview in November 2008 he attacked what he called Unitarism, the excessive concentration of powers at the centre, and called for fundamental dialog between the different ethnic nationalities of Nigeria. He attributed the conflict in the Niger Delta to the lack of regional power. In another interview, he pinpointed the second stage of the General Ibrahim Babangida regime as the time when things started to go wrong, with increasingly centralized control.
He was among leaders who spoke in January 2010 at a Lagos rally of the Save Nigeria Group calling for Vice-President Goodluck Jonathan be made acting president during President Umaru Yar’Adua’s illness.
Kanu has been married thrice and has ten children – Simone, Audrey, Kelly, Karen, Paula, Jeffery, Vanessa, Samantha, Laura and Stephen.
His current wife is Gladys Ndubuisi-Kanu.

n his own lecture titled, Nigeria: the Unfinished Business, Rear Admiral Ndubuisi Kanu (Rtd.) queries the Nigerian idea. He expresses great worry about the gargantuan rate at which the nation has chosen to descend into the abyss of modern primitivism: “almost everything, every aspect… indeed not “almost” but all aspects of the country is in error… Is it the economy? Is it national politics? Is it the infrastructure? Is it the plague of corruption? Are we talking of the inequities of marginalization? Or those of religious fanaticism? Is our searchlight beamed on the exploitation inherent in the national superstructure?…”. But in a swift patriotic twist, Ndubuisi Kanu opines that it is only by turning away from “the road that is antithetical to nation-building” by which the humanity of the various ethnic nationalities that comprise the geographical expression called Nigeria can be restored.

For the realization of this change, he advocates a de-unitarized nation, equitable distribution of resources based on the principle of comparative production, true federal structure that is conducive for the multiple ethnic nationalities, languages and cultures to develop without any hindrances, and de-corrupting the people’s psyche as well as the entire system. For Nigeria to truly exist as a nation where real peace and genuine progress are enthroned, for her peoples to get back their sense of belonging and become really patriotically transformed, the option of a sovereign national conference cannot be avoided. This is the only way by which the soul and spirit of Nigeria can be revived.

Read text of the 7th Lecture