20th Wole Soyinka Lecture: Nigerian State in the Aftermath of the Centenary: Prospects for its Indivisibility

Home Lecture Editions 20th Wole Soyinka Lecture: Nigerian State in the Aftermath of the Centenary: Prospects for its Indivisibility 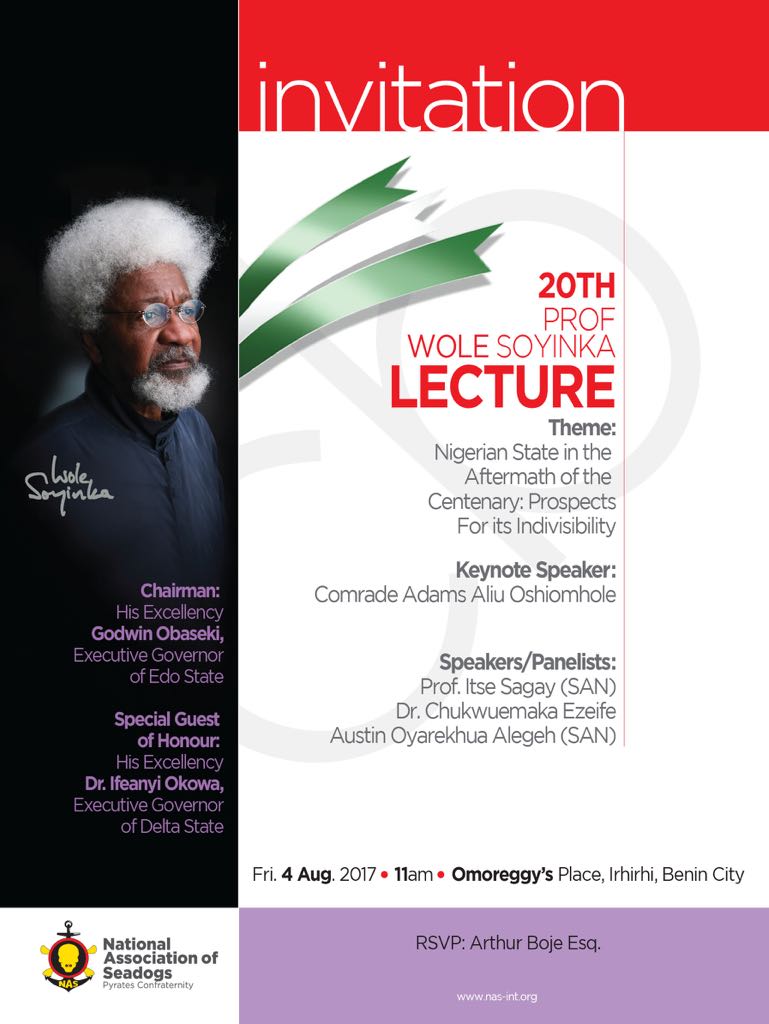 dams Aliyu Oshiomhole, industrial relations scholar, trade unionist, administrator and radical political activist, was born on April 4, 1952 in Iyamho, near Auchi in today’s Edo State. He was born into the humble family of Alhaji Aliyu Oshiomhole (of blessed memory) and Alhaja Aishetu Oshiomhole.

After his secondary education, Adams Oshiomhole proceeded to the Ruskin College, Oxford, where he majored in Economics and Industrial Relations. He is also an alumnus of the prestigious National Institute for Policy and Strategic Studies, (NIPSS), Kuru, and has received extensive training in industrial relations, trade unionism and management both locally and internationally.

In 1969, before his tertiary education, he took up appointment with the Arewa Textiles Company, Kaduna. This was after the young Adams Oshiomhole had successfully persuaded the Personnel Manager of that company that he was fit to work despite his rather short height and small frame.
Adams Oshiomhole began his trade union career in 1971 in the Arewa Textiles Company. He was inspired to play an active role in the union because he was not satisfied with the quality of the union’s leadership. Oshiomhole’s co-workers in the textile factory elected him as the Union Secretary after a shop-floor revolution, which he helped to organize. His tenure led to a more militant response to the challenges of defending the workers of Arewa Textile Company.

Adams Oshiomhole became a full time trade organizer in 1975. As an organizer, he introduced the trade union in several industries in Northern Nigeria. Oshiomhole was responsible for servicing thousands of workers throughout Northern Nigeria. This Bendel Boy became a terror to both Foreign and Nigerian employers, whom he courageously challenged when they exploited and cheated their workers. By this time, his reputation had been established as a formidable negotiator, who was able to win substantial concessions for workers.

Little surprise therefore that in 1982, Adams Oshiomhole was appointed General Secretary (GS) by the National Union of Textile Garment and Tailoring Workers of Nigeria (NUTGTWN). The 75,000 member-strong Textile Union wanted and needed a General Secretary who had the commitment, courage and competence to help them fight exploitation and manage their union.

As General Secretary of the NUTGTWN, he became a major actor and catalyst in the Nigeria Labour Congress (NLC) and In due course, was elected Deputy President of the Nigeria Labour Congress (NLC) in 1988. Even as Deputy President, he was the de facto leader of the independent and radical tendencies within the Labour Movement, who opposed any unprincipled alliance with the military government. He paid dearly for this in the form of relentless harassment, which culminated in the burning down of his office.

With the dissolution of the NLC by the military in 1994, Adams Oshiomhole and others went into the trenches to fight the military government of General Sani Abacha. However, with the restoration of democracy to Nigeria in 1999, Oshiomhole became the 4th President of the NLC. Under Oshiomhole’s leadership, the NLC became the Number One defender of the rights and welfare of the working people. Thus, Oshiomhole led the NLC and the rest of the Nigerian people to resist arbitrary increases in the prices of petroleum products. He personally led the strikes, demonstrations and protests, which decisively helped to moderate the Obasanjo Administration on its harsh fuel pricing policy and other social and economic policies, which would have endangered the welfare of the people.

While the people believed that Oshiomhole was doing a good job as the NLC President, the ruling government believed he was virtually a terrorist. Indeed, former President Obasanjo in a nationwide broadcast described Oshiomhole as running a “parallel government”. The real impact of Oshiomhole’s leadership of the NLC is that it helped to re-awaken Nigerians to appreciate the essence of standing up for their rights.

The Ambrose Alli University, Ekpoma, in awarding him an Honorary Doctorate Degree in law in 2006 noted that Oshiomhole had contributed to the democratic development of Nigeria. This, he had done, through encouraging a culture of resistance of abuse and oppression, and helping Nigerians to build the Labour Movement into a veritable vanguard of social justice.

At the international level, Oshiomhole’s services and skills have been in high demand. When the international trade union movement needed a spokesman to address the Group of 8 Industrialized Countries on the issue of debt forgiveness. Adams Oshiomhole of Nigeria was the obvious choice. He made the case of the Third World on the debt issue before the industrialized countries represented by Mr. Tony Blair, the then British Prime Minister. This was one of the efforts that eventually led to the massive debt forgiveness project, of which Nigeria was a major beneficiary.

In April, 2007, he was overwhelmingly elected Governor of Edo State under the Action Congress Party, with which Oshiomhole led the people to defend their votes and this struggle was rewarded first by the Edo State Election Petition Tribunal. His mandate was re-affirmed and restored on November 11, 2008 by the Court of Appeal. On November 12, 2008, he was formally sworn in as Governor of Edo State.

As Governor, he adopted what is now popularly referred to as a participatory, people-driven and bottom-up approach to governance. This is based on his well-advertised campaign slogan; “Let the People Lead”. As the foremost apostle of “One Man/Woman, One Vote” and the most thorough-going visionary and transformer that the Edo people have seen in a generation, Comrade Adams was rewarded with a resounding victory for a second term in office in the gubernatorial election held on 14 July, 2012.

At the national level, Adams Oshiomhole’s services have been in high demand. For instance, the late President Umaru Musa Yar’Adua requested Oshiomhole to help negotiate and resolve the stalemate that led to a three-month strike by the Academic Staff Union of Universities (ASUU). Comrade Adams did not fail to deliver.

Comrade Adams’ outstanding contributions to national development have manifested in the following awards:
(i) The Guardian Man-of-the-Year 2004;
(ii) Honorary Doctorate Degree in Law from the Ambrose Alli University, Ekpoma (2006);
(iii) The Sun Newspapers Man-of-the-Year 2008;
(iv) Silver Bird Man-of the-Year 2009;
(v) Best Governor of the Year 2010 by the Leadership
Newspaper Group, Publishers of the Leadership Newspapers;
(vi) Champion Newspaper Man-of-the Year 2011;
(vii) Commander of the Order of the Niger (CON), a National Honour conferred on him by the President of the Federal Republic of Nigeria, Dr. Goodluck Ebele Jonathan, on the 14th of November, 2011;
(viii)Excellent Performance in Education, Healthcare and Infrastructural Development by the Nigeria Social Enterprise Report;
(ix) Merit Award for good performance by the Nigeria Guild of Editors;
(x) Honorary member of the Nigeria Defence Academy Course 3.
(xi) Vanguard Governor of the Year 2015.
(xii) Honourary Doctorate Degree in Public Administration from the Samuel Adegboyega University, Ogwa (2016)

Adams Oshiomhole is a man much loved by his people, hence his warm embrace by the traditional institution as the Omokpa Nabevbo of Auchi Kingdom, the Ozemoya of Uneme Land, the Oneshioze of Okpella Kingdom, the Adolo of Esan Land, Oshiosinua (divine redeemer) of Afemailand. 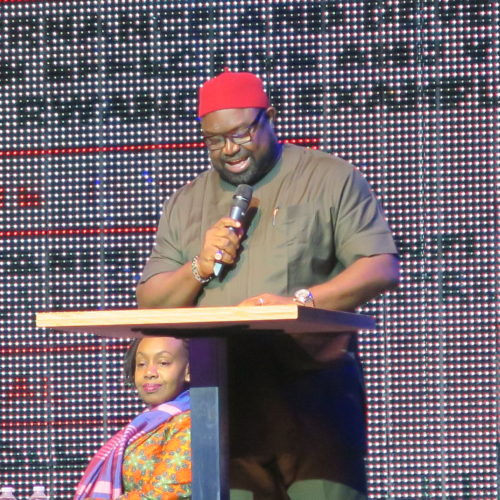 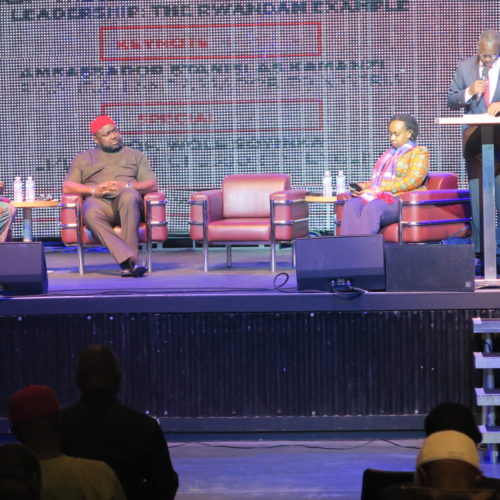 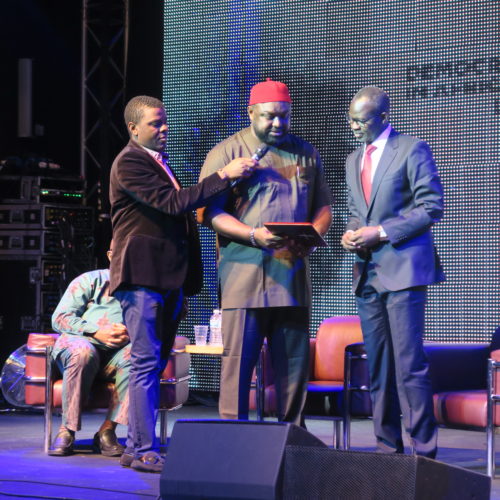 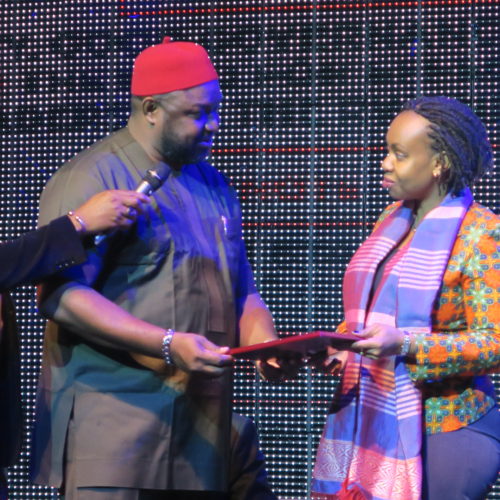 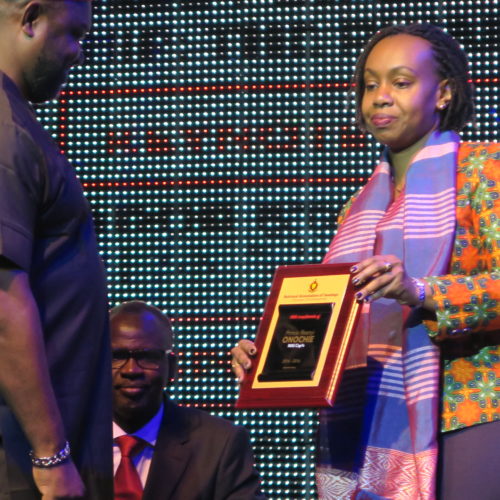 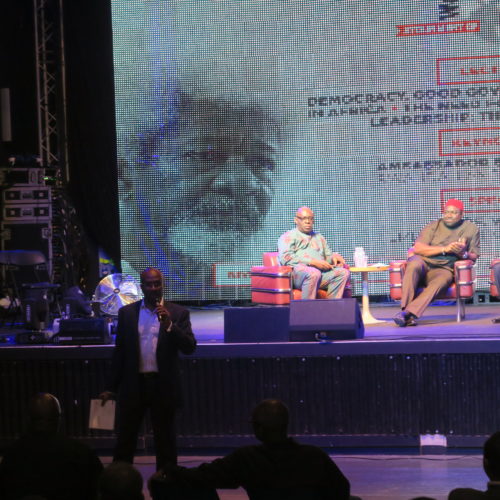 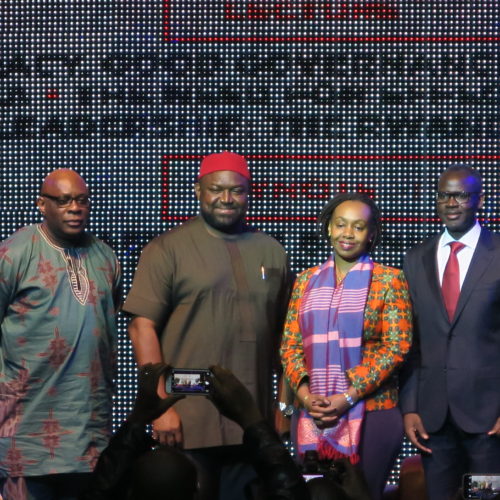 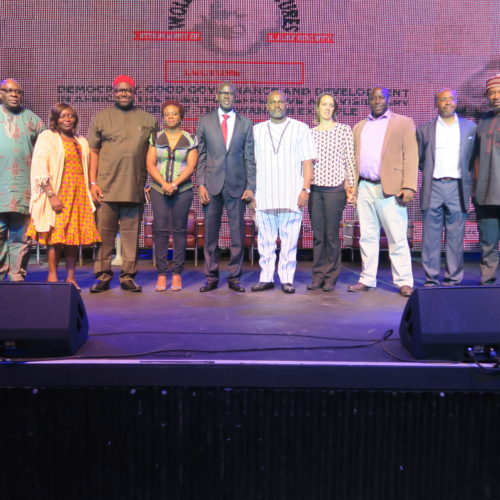 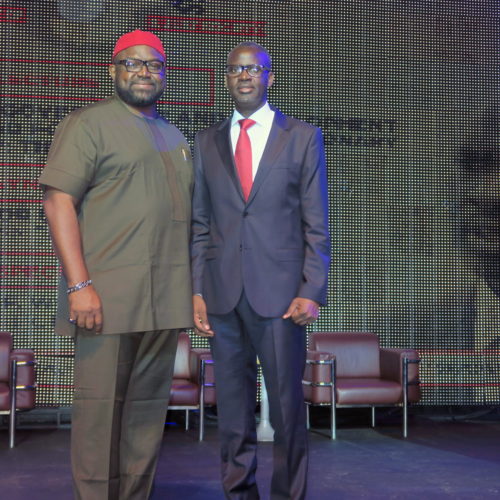 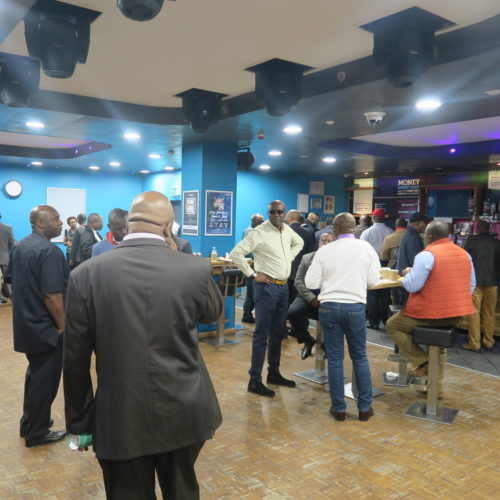 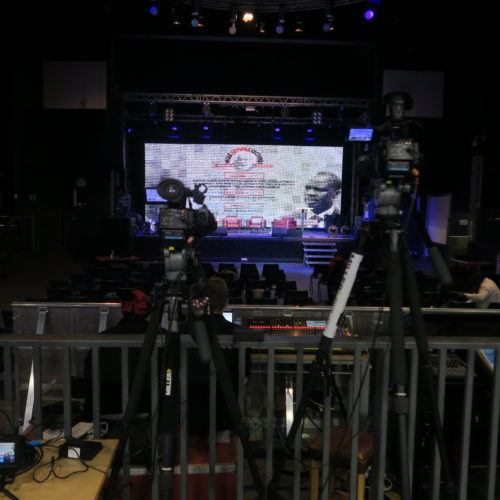 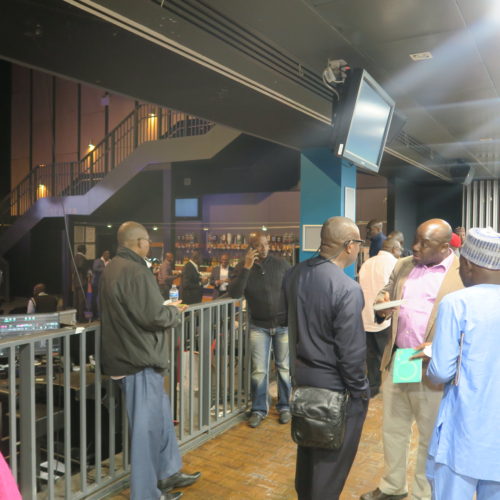